Showing posts from January, 2020
Show all

Apache Kafka and Low-Code: An Introduction and a Practical Tutorial on Integrating IBM Event Streams and Watson IoT Platform with Joget 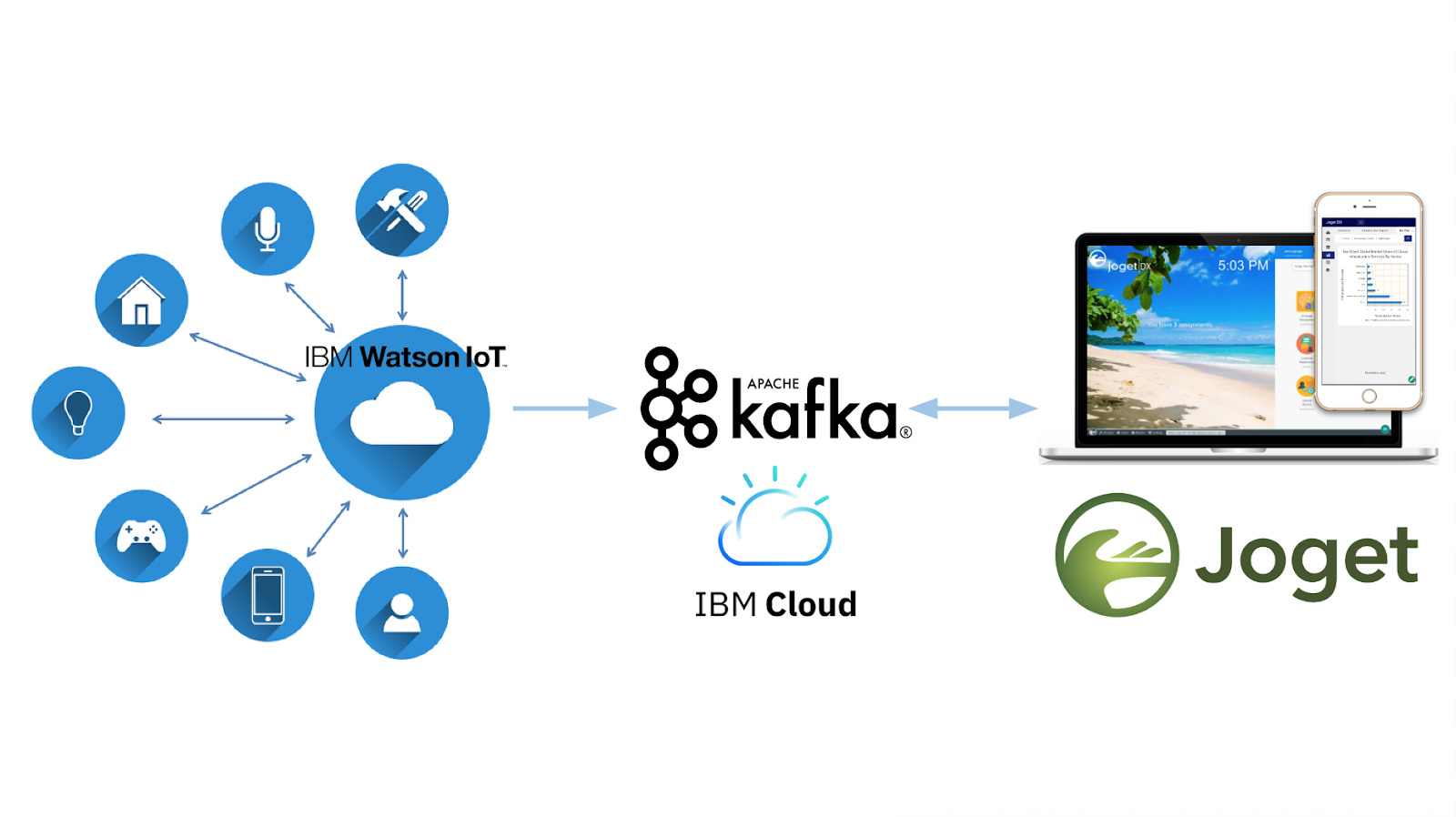 In this article we will introduce Apache Kafka , a rapidly growing open source messaging system that is used by many of the most popular web-scale internet companies. This will be followed by a practical tutorial on using a visual low-code approach to rapidly develop an application integrated with Kafka for an Internet of Things (IoT) use case. In this tutorial, we’ll integrate the Joget low code platform with IBM Event Streams (a hosted Kafka service) and IBM Watson IoT Platform . Ready to see why popular internet companies such as LinkedIn, Uber, Netflix, Twitter, Airbnb, Spotify and Slack have come to rely on Kafka? Let’s find out! Part 1: Introduction to Apache Kafka What is Apache Kafka? Apache Kafka is a highly scalable and reliable publish-subscribe messaging platform that allows disparate systems to publish messages, and subscribe to read messages, in real-time. Conceptually, it is not all that different from earlier Message Queue (MQ) or Enterprise Servic
3 comments
Read more
More posts