By Penny Lee - February 22, 2022
The Joget DX 8 Preview Release has been launched on March 8, 2022, to showcase features and provide early access to upcoming product innovations. Visit here for details! 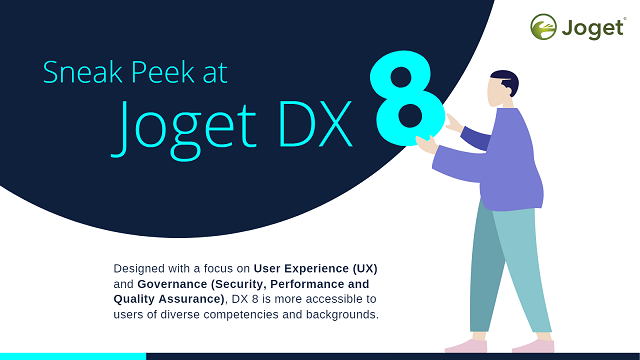 Introduction to Joget DX
When Joget DX was first unveiled in 2018 ahead of the 10th anniversary of the Joget open source project, we announced the incorporation of leading-edge technologies including Progressive Web Apps, application performance management, artificial intelligence and cloud-native Kubernetes support into an all-in-one no-code/low-code application platform.
Joget DX has now been generally available since early 2020 and recognized in Forrester’s Now Tech: General-Purpose Low-Code Development Platforms, Q1 2021 report. Joget DX offers a unique blend of simplicity, flexibility and openness to empower both business and professional developers to rapidly develop and maintain enterprise apps in this digitalization era.
The current version of Joget DX 7 has received overwhelmingly positive reviews, described by our users as being “simple”, “intuitive”, “easy to use” and “low learning curve”. At Joget, we believe that pace of innovation is key so we are rapidly moving forward with plans for the next major release, Joget DX 8.
What’s New In Joget DX 8? A Focus on User Experience and Governance
Based on feedback from a wide range of users in our community, and the fact that non-technical business developers are increasingly embracing low-code platforms, the core focus in Joget DX 8 will be on enhanced User Experience (UX) and Governance. The goal is to make the platform even more accessible to more users of diverse competencies and backgrounds, and to further enhance its position as a leading open source low-code platform for business developers.
Here’s a sneak peek at some of the major advancements in Joget DX 8:

1. UX: Single-Page Applications (SPA) and More Responsive User Interface
Joget DX already supports automatic Progressive Web Apps (PWA) compliance by default. To further improve the end-user experience, there will now be built-in support for Single-Page Applications (SPA). SPA displays page content dynamically using JavaScript without reloading the entire page, so its main advantage is speed and UI responsiveness. Building PWAs and SPAs using traditional development methods are not trivial, but Joget DX 8 will make it a matter of drag-and-drop. Joget DX 8 will bundle beautiful new themes that automatically support SPA, along with support for modern UI layouts.
2. UX: Dynamic User Interface with Page Components
The Userview Builder allows developers to visually design a front-end user interface. Joget DX 8 expands on this with support for Page Components that allow developers to further
customize individual pages to include multiple forms, data lists, process listings, reports and
many more components into a single page. The components can also be configured to dynamically listen and trigger events within the page.
Developers will also be able to add information tiles to display relevant and pertinent
information to further enhance and organize the information being consumed by users.
3. UX: Card View and List Templates
The List Builder allows developers to visually design and display lists of data. The List Builder also now supports templates, allowing for different visual presentations. In addition to the standard tabular format (with support for paging, sorting and filtering), Joget DX 8 will provide an option to display data using modern, customizable card or list layouts.
4. UX: Intuitively Redesigned Visual Builders
Joget DX provides visual builders to develop app components e.g. forms, lists, UI, processes, reports, APIs and more. To reduce cognitive overload, Joget DX 8 has fundamentally redesigned the builders to minimize the need for multiple windows and tabs.
There is a new App Composer that consolidates all the app components into a single view. All the builders are also made more consistent and streamlined, with a Quick Navigation bar allowing for fast switching between app components.
The builders also now provide different device form factor views for desktop, tablet and mobile, along with embedded live previews.
5. UX: Enhanced Property Editor for Increased Productivity
As part of the redesign, the property editor for each builder has been enhanced for productivity. The property editor can now be expanded with searchable properties.
The property editor now also offers selectors for icons, colors and styles, making it easy to style elements without coding.
6. UX: Property Assistant for Hash Variables
Hash variables are keywords or expressions that can be used to display dynamic data in apps. They are powerful, but can be intimidating to business developers, or cumbersome for professional developers. In fact, “hash variables” happen to be the most searched-for resource in the Joget knowledge base. To alleviate this difficulty, Joget DX 8 now provides a built-in Property Assistant, which is a popup guide to help formulate hash variables directly within the builders.
The Property Assistant is also designed to be pluggable, so plugins can be developed and installed in future to support other different expressions or languages as well e.g. regular expressions or SQL.
7. UX: Integrated Process Design and Mapping
As part of the builder redesign, the usability of the Process Builder has been improved by seamlessly integrating process configuration (e.g. participant, activity and tool mapping) within the Process Builder itself, instead of separate configuration screens in previous versions.
8. Governance: Health Check Report and Alerts
As low-code platforms become more prevalent, the need for governance becomes increasingly essential in an enterprise environment. Recognizing this need, Joget DX 8 will provide automated governance health checks and alerts to aid compliance in critical enterprise areas such as security, performance and application quality. In keeping with the extensibility of the Joget platform, health checks are pluggable so more advanced or customized governance and compliance rules can be seamlessly installed later.
9. Governance: Performance Audit
Performance is a critical area for any application platform, and while Joget already offers built-in Application Performance Management (APM) features, having audits and alerts on the overall health of the apps and platforms will allow developers and administrators to proactively discover potential performance issues. By default, Joget DX 8 will include checks for CPU and memory usage, as well as response times and database connection utilization. This will help identify potential bottlenecks and resource leaks.
10. Governance: Quality Assurance Audit
Another area of importance in an application platform is overall application and process quality. Joget DX 8 will include checks to detect unusually high error rates, as well as the data integrity for processes running on the platform. There will also be a check for naming conventions, to help improve the maintainability of applications that have been developed and deployed.
11. Governance: Security Audit
Joget already provides many built-in cybersecurity features, but Joget DX 8 will further enhance the security of the platform by including security audits in terms of user authentication, user interface access and process participation.
Get Started with Joget DX and Stay Tuned!
We hope that you are as excited as we are on this upcoming next generation platform release.
A Joget DX 8 Preview Release is targeted for selected partners and users in Q1 2022. Stay tuned, and follow us for the latest news and updates.

In the meantime, get started with the latest stable Joget DX today, as any new major releases will be planned with maximum backward compatibility in mind. Join our global community of more than 3,000 installations and 12,000 members to begin your low-code application development journey for faster, simpler digital transformation.
Other resources to help you get started: 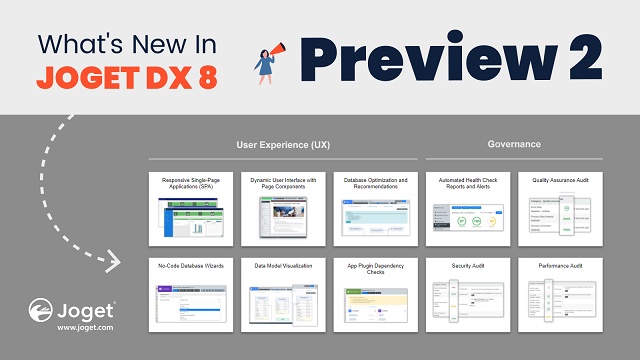 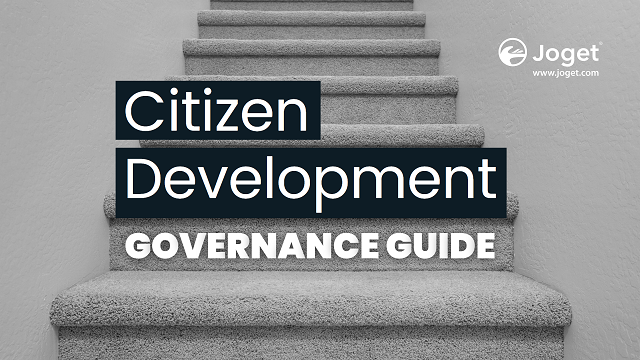 The Importance of Citizen Development In modern times, it is no longer business as usual and businesses must innovate and embrace digital transformation to survive. Off-the-shelf software will not be enough and businesses need more app development, process automation and workflow management than ever before. There is a global shortage of software developers, so how will businesses cope?  Citizen development is the answer, by empowering tech-savvy business users to build apps and innovate. Some statistics to illustrate the problem: Source: https://www.idc.com/getdoc.jsp?containerId=US48223621 Source: https://www.gartner.com/en/newsroom/press-releases/2021-11-10-gartner-says-cloud-will-be-the-centerpiece-of-new-digital-experiences Source: https://www.gartner.com/en/documents/3970067/the-future-of-apps-must-include-citizen-development What is Citizen Development? Gartner defines a citizen developer as “a user who creates new business applications for consumption by others using developm
Read more 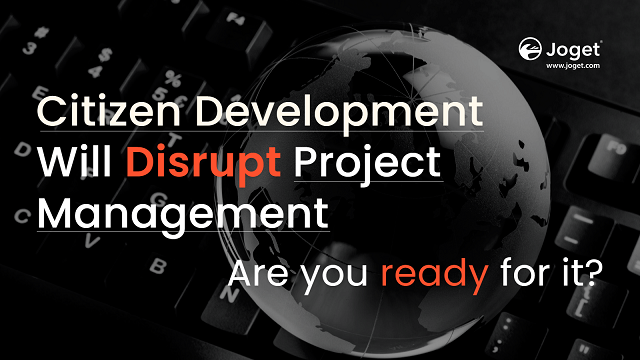 Want to Know Where Your Coffee Comes From? 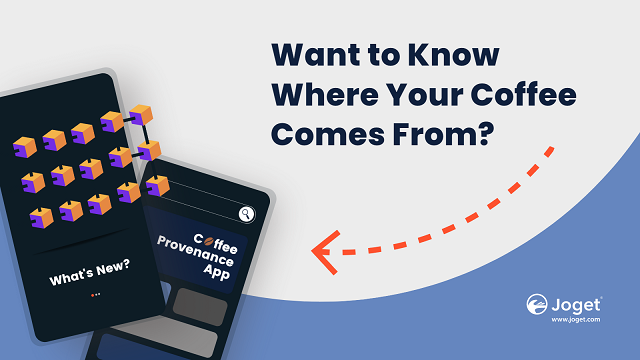 This post is contributed by Team Joget. As part of  Cardano's Catalyst Fund 7 , a full-featured  Coffee Provenance App  was built in a record 4 days by just one developer. Before we get into how it was done, let’s see what the DApp is about. One of the key features of the Coffee Provenance App is the ability to generate a QR code that, once scanned from the coffee packaging, allows you to trace the origin of where the coffee was farmed, processed, roasted, and packaged before being delivered to your neighborhood cafe! If you are a coffee connoisseur and you care where the coffee you drink comes from, you will be interested in the provenance and integrity of the coffee; that it originates from where it says it is from, throughout the entire supply chain. And won’t it be nice if you could use your phone to scan a QR code while you are at your favorite cafe and get the entire history of your coffee supply chain right at your fingertips?!  Interested? We are certain you would be! S
Read more